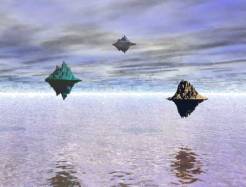 Time and the Constitution of the Self (Postgraduate)

Important Note: Anyone who may be anxious about signing up for these courses (and having to produce their work) in English may take this as a genuine opportunity to improve their skills in this area – quite apart from the fact that very few of the course texts have actually been translated into Hebrew. I will help you to edit your work. Lack of proficiency in English writing skills will not preclude you from qualifying to take any of my courses (believe me, they will improve), and it will not result in lower grades. I am primarily interested in the quality of your ‘ideas.’

Please address all questions about my courses to: cafedifferance@yahoo.com

Time and the Constitution of the Self (formerly entitled, “The Phenomenology of Time”)

We all know what time is until we begin to talk about it. The most significant philosophers of the Occident have flexed their intellectual muscles over the problem of time and its articulation. This course charts the various forms of temporal discourse that have evolved from the pre-socratics to the contemporary era of , and . It is on the basis of the radical turns that such discourse has taken that the notion of the Self as a selfsame, monolithic entity, which must be presupposed by any act of consciousness, has found itself to be shaken to the very core. The tradition that put the Self or Ego at the centre of all discourse on consciousness actually put the cart before the horse. In the wake of phenomenology and existentialism, rather than presupposing the pre-existence of the Self as an essential substrate of consciousness, the question has become: how is the Self constituted through the temporalization of consciousness?

This is a seminar-based class and it involves close study of Edmund Husserl’s groundbreaking writing on the phenomenology of time consciousness. As well as examining the issue of how linear time is constituted – as the principle condition of the possibility of a continuous identity / Self – the aim is to facilitate awareness of the non-linear temporal forms that are also in play throughout this constitution. Discourse on pluri-dimensional temporalities has now become an almost commonplace theme along with the evolution of computer information dissemination technology (cyberspace).

This course examines the treatment of philosophical issues such as the Self and existential alienation, alterity and the ethics of difference, gender perception, the asymmetry of the relations between individual and collective, metaphysics and the margins between the real and the virtual in the medium of the moving image. However, it is not so much a class on the philosophy of cinema as an exploration of philosophy through the lens piece of cinema.

The course also examines how the grammar of cinematic narrative form has been introjected into contemporary interactive computer generated virtual environments and how this cyber-spatial dimension of the moving image is rapidly changing our perspective on the classic contradistinction between reality and fantasy.

The classes consist in audio-visual lectures and seminars. The core films are:

The aim of this course is to acquaint the student with the meaning of phenomenology as a descriptive method of interrogation and its application in existential thought. The constellation of texts that come under discussion includes the works of , , , and . The principal themes of the course are: phenomenological technique, the intentionality of consciousness, the problem of the unconscious, living-temporality, spatiality, phenomenological psychology, Self-relation as mediated through the Other, memory and imagination.

In this era of pluralism, the work of Jacques Derrida has completely changed the tone and aims of contemporary philosophical discourse, smudging the boundaries between literature and philosophy. However, despite the playful style of deconstructive writing, its methodological roots lie in one of the most rigorous philosophical disciplines – phenomenology. This course traces the theoretical, methodological and strategic elements that define the praxis of deconstruction, which provides an opening onto the meaning of the postmodern. Other postmodern writers, such as , and are also examined in terms of their impact on the contemporary milieu of philosophical and cultural pluralism.

A study of the great debate between rationalism and empiricism: from Descartes to Hume – culminating in the Kantian treatment of the classic contradictions. The focus of study is on the development of epistemological methods – in relation to discourse on the Self, perception and scientific certainty – and the effect on the philosophy of the enlightenment. The course texts also include the writings of , , Leibniz and .

, and are, arguably, the most significant exponents of existentialist thought. This course examines the similarities and differences between their philosophical perspectives through close examination of their principal texts: Heidegger’s Being and Time, Sartre’s Being and Nothingness, and Merleau-Ponty’s Phenomenology of Perception. The primary focus is on their respective orientations on the themes of temporality, intentionality, Being, consciousness, the lived-body and being-in-the-world-with-others.

The Logics of Différance

Jacques Derrida is the ‘bad boy’ of contemporary philosophy. His writing concerns itself with the deconstruction of the logics of Western philosophy. It is ‘rigorous’ iconoclastic fun. However, this textual play also has a serious role in re-situating philosophical problems within the postmodern milieu of contemporary thought. The stratagem of différance introduces a constellation of logics that re-define the notion of critique in philosophical discourse. It is the purpose of this course to examine Derrida’s praxis of deconstruction in detail and, through close reading of his texts, to unfold the logics that are operative in his writing.

Academic philosophical style is often dry, technical and esoteric. This course examines a number of significant texts in philosophy that have broken away from the traditional narrative forms. The contemporary trends in postmodern philosophy participate in a long history of alternative philosophical narratives.

The following texts are examined:

Notes from the Underground. Fyodor Dostoevsky.

Twilight of the Idols. Friedrich Nietzsche.

Philosophy and the Ethics of Madness

This course examines alternative forms of discourse on madness from the point of view of the living-experience of such exotic mental phenomena – beyond the standard language of Western clinical psychological pathologization – i.e., ‘abnormal psychology.’ There is chaos in order while madness, despite appearances, can be very ordered in its dis-order. The problematic ethics of ‘professional’ psychological judgement is subjected to a critique – especially regarding its traditionally presupposed normative foundations. This involves the application of a constellation of different methodological techniques according to the practice of depth-phenomenological-psychology. These techniques open up discourse on madness (as politics and as the manifestation of Otherness) at the precise moment that traditional psychology generally subjects it to closure.

This is a workshop (seminar-based) course and students are required to read selections of texts by the following writers: , , , , , , and .

The Philosophy of Passion

Passion is a favourite theme of poetry and literature, but in philosophy it has generally been reduced to nothing more than an irrationalism. Not surprisingly, this says more about the limits of rationalism. Emotions have an inherent rationale of their own, in excess of the limitations of the hegemonic Aristotelian logic of the excluded middle. This course examines a number of ‘respectable’ philosophies of passion and desire, which have succeeded in fleshing-out their own logics. The principal writers discussed are: Marquis de Sade, George Bataille, Jean-Paul Sartre, Albert Camus, Sigmund Freud, Melanie Klein, John Fowles, Henry Miller and Anais Nin (we shall also take a look at The Story of O, Pauline Réage a.k.a. Anne Desclos).