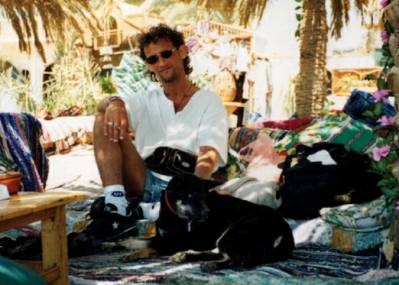 After great demand from some of you out there and a wealth of enthusiasm that I simply cannot resist, I have decided to set up a weekly forum on deconstruction and phenomenology. This will be an extra-curricular meeting – a little intellectual exercise in having fun.

My provisional outline for the meetings involves group readings of a number of Jacques Derrida's early essays (written between the years of 1961 and 1968). The two principal collections of early articles are: Margins of Philosophy and Writing and Difference. Photocopies will be provided on a weekly basis.

However, we shall not simply confine ourselves to Derrida’s writing alone. Other texts by such writers as Edmund Husserl, , Martin Heidegger, , Irvin D. Yalom, Jean-Paul Sartre, , Sigmund Freud, and may come under discussion. It is hoped that the participants will also provide suggestions for further reading.

I shall also present some of my current research, which explores the theoretical, methodological, ethical and stylistic relations between phenomenology and deconstruction.

Since the language of deconstruction has become part of the subtext of common speech, we shall also take a look at the different ways in which it has come to be articulated in the media. For example, one session might involve watching and then discussing 's film Deconstructing Harry. Another session may involve deconstructing the multiple ways in which seeing and being-seen play themselves out in Alfred Hitchcock's film, Rear Window – (apart from the fascinating phenomenological elements in this movie, which explores the theme of voyeurism, there is also a deconstructive aspect at work in that Hitchcock's vision is ironical with respect to the audience's own voyeuristic participation). And, in the case of philosophical irony that has been taken to the level of hilarious satire, a screening of ’s Meaning of Life and / or Life of Brian would be inevitable. The medium of film, as a vehicle for philosophy, will come to play a significant role in the meetings and the form that the web page will take (see, Cinema: Philosophy and the Moving Image).

I don't want to write any kind of manifesto here except to suggest that the style of these meetings should remain true to the most radical aspects of phenomenology and deconstruction. Its motivation requires embracing both 'chance and necessity.' If the group remains true to this spirit, then it must, in the words of Merleau-Ponty...

...put to itself the question which it puts to all branches of knowledge, and so duplicate itself infinitely, being, as Husserl `says, a dialogue or infinite meditation, and in so far as it remains faithful to its intention, never knowing where it is going (Phenomenology of Perception, p.XXI).

Last year, one of my students attending the course on ‘Phenomenology and Existentialism’ told me that it had the style of the old Parisian café scene. I like this image. Therefore, I propose that our meetings be called something along the lines of: “Café Différance.”

So, let your imagination run wild and let us see what we can create. Let Monday evening inaugurate the deconstruction of stuffy, formal, academic philosophy and herald the re-construction of the philosophical salon.